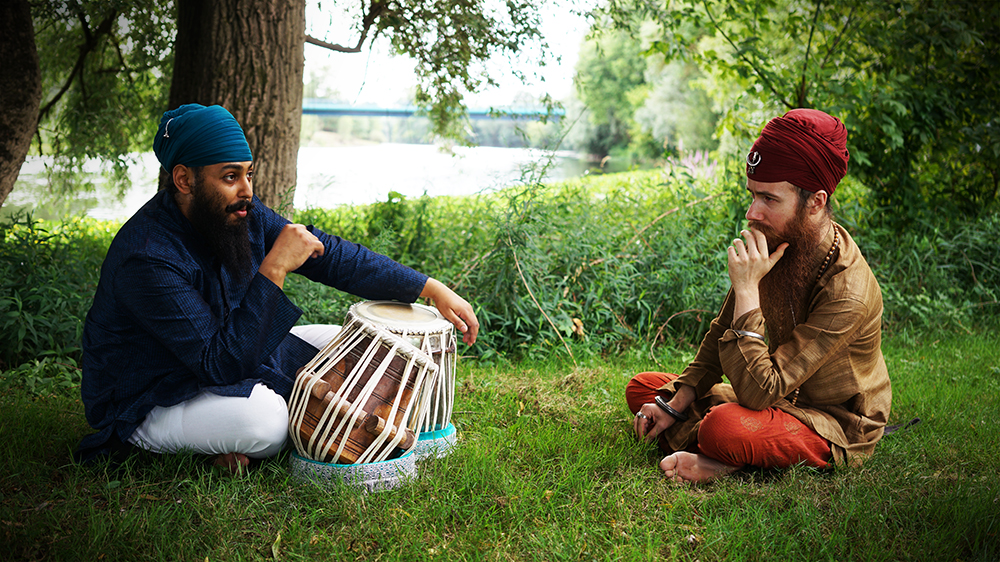 Being drawn to the style of Dhrupad & Dhamar in particular, he went on to become a disciple of a leading Dhrupad vocalist, Pt. Uday Bhawalkar, from whom he has been studying since 2013.

He has performed at festivals and venues across the UK and internationally, including France, Portugal, Netherlands, Germany, Malaysia, India, and Pakistan.

Kirit is also a music PhD scholar, studying the history of Shabad Kirtan and Hindustani music in colonial Punjab.

Jasdeep is one of the few exponents of the jorī the world over, having studied under the leading representative of the instrument internationally, Shri Sukhvinder Singh ‘Pinky’, and is currently taking further guidance under one of the world’s leading Tabla exponents, Pt. Yogesh Samsi.​

He has performed in the UK at venues such as Cafe OTO, York Early Music Festival, the Nehru Centre, London, the MAC, Birmingham, and Seven Arts, Leeds.

Internationally, he has performed regularly at festivals in Germany, France, Netherlands as well as the Angelica Festival Bologna, Fes Festival Morocco, the Morning Ragas festival in Amritsar, and at concert venues in Europe such as the Teatro Municipal, Lisbon, Teatro San Leonardo, Italy, and in Malaysia at the Temple of Fine Arts, Kuala Lumpur.